Particle Image Velocimetry (PIV) with fluorescent tracer particles has been used to measure the velocity field above sand ripples for a range of oscillatory flows. The fluorescent particles allow velocities of the solid and fluid phases to be easily separated. The oscillatory flows investigated include flows with wave Reynolds numbers that range from 13,000 to 50,000. The experimental results presented include nine oscillatory flows, and for each oscillatory flow, ensemble averages of velocity and vorticity were obtained for 12 phases. Observations of ripple geometry (e.g. ripple wavelength and ripple height) presented in this paper were in agreement with previous research. Furthermore, two distinct modes of vortex transport were observed: weaker vortices were observed to travel more than one ripple wavelength from their points of origin, while stronger vortices traveled less than one ripple wavelength. 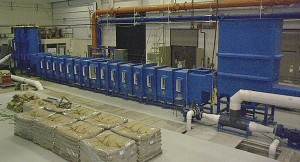 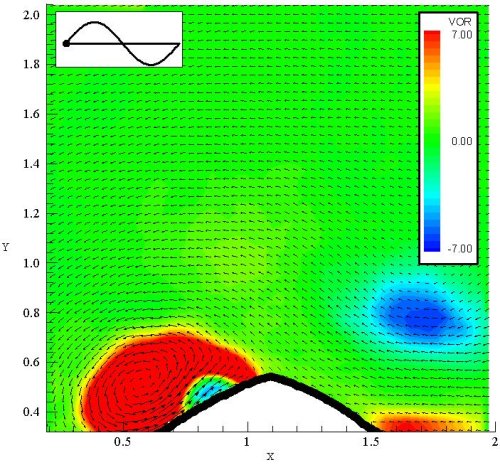