Burial processes of finite length cylinders under pure oscillatory flow were examined with a large oscillating water-sediment tunnel (LOWST). Cylindrical models were put on a 60 cm deep sandy bed and measurements of cylinder burial were done with the aid of video cameras. Thirty-four experiments were studied for a wide range of flow conditions. The majority of experiments investigated burial due to scour. A time interval, necessary for burial initiation, was defined. This time interval was identified by using a typical time scale, defined as the ratio of the length of the cylinder to the scour speed. Experimental results showed a strong relationship between the Shields parameter and the equilibrium burial depth, independent of other variables. This finding is contrary to the expected dependence on the Keulegan-Carpenter number, which determines pipeline burial. Length to diameter ratio, density and initial burial of the models were not found to influence the equilibrium burial depth. The time scale of cylindrical object burial processes was also identified by a semi-empirical relation. Using these founded relations, a new finite length cylinder burial equation is presented. A computer program was developed for practical use of the equations derived. 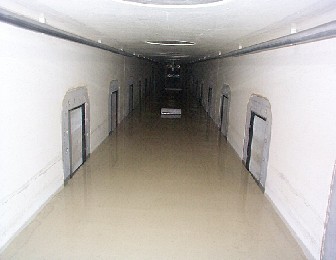 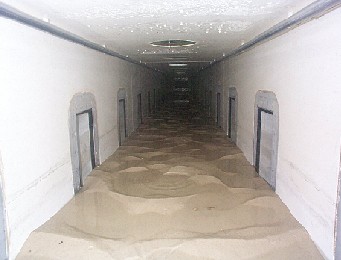