The study comprises an examination of the interaction between a finite cylinder and a movable sand bed influenced by waves and co-existing flow.  Experiments were carried out in a tilting water flume of 49 m (161 ft) in length, 1.83 m (6 ft) wide, and 1.22 m (4 ft) deep; the slope of the flume for the current experiments is S = 0. The flume is constructed of a steel floor and Plexiglas sidewalls through out the phenomena can be observed. The current was achieved by recirculation of water in the flume. Mostly regular waves were generated by a piston type wavemaker. The generator consists of a flat, vertical steel plate equipped with wooden wipers to prevent leakage around the plate. The wave generator is driven by a hydraulic ram that is capable of producing either periodic or random motion of the plate. 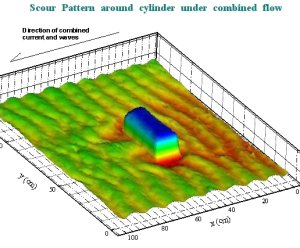 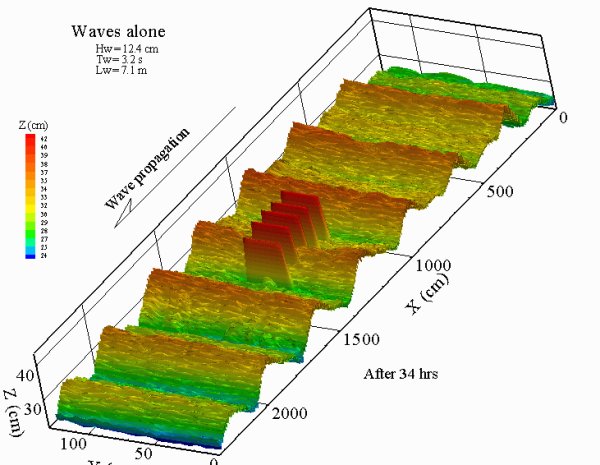 Cylinder propogation under the influence of waves only