Jets have been the subject of experimental, theoretical, and numerical works in the last 50 years. In particular, the literature abounds with works dealing with single and parallel multiple round 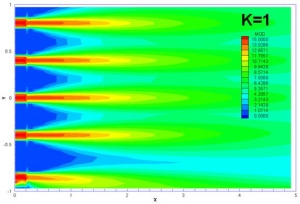 free jets (SRFJ and PMRFJ respectively). However, the literature is not so abundant when dealing with single and parallel multiple round wall jets (SRWJ and PMRWJ, respectively). Several points in the understanding of the physics behind SRWJ and PMRWJ need clarification.

In this paper, a numerical approach is presented, aimed at analyzing this last problem, via the implementation of models in the CFD (Computation Fluid Dynamics) code FLOW-3D®. Modeling of PMRWJs using a fixed boundary at the bottom is discussed in the paper. A standard model has been used for the turbulence closure. Cases corresponding to non-buoyant jets (density of the jet same as the density of the ambient) with high nozzle Reynolds numbers have been investigated.

In any study of jets, a useful result is the distance at which the flow reaches self-similarity conditions, herein denoted by . In the case of multiple wall jets, besides , there is another important distance called , which is the location at which the individual jets merge and thus the behavior of the flow is controlled by a 2D configuration instead of 3D. PMRWJ modeling results have been compared against analytical and experimental results in order to validate the present numerical effort, and this comparison reflects good agreement when calculating the parameters , and the spreading rate.

In addition, the Coanda phenomenon -induced by the walls- was captured in the cases analyzed. 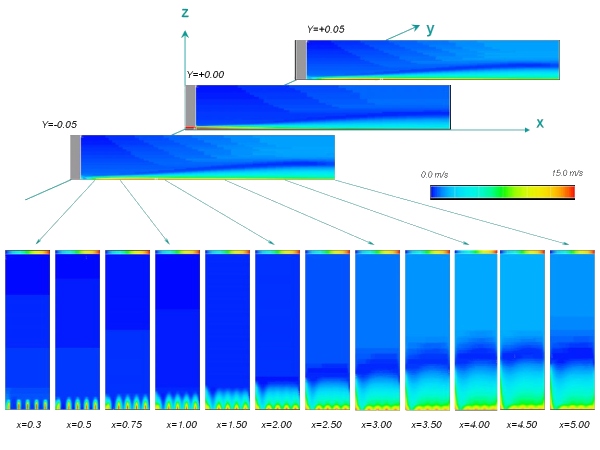 View of simulation progression in X and Y dimensions over time 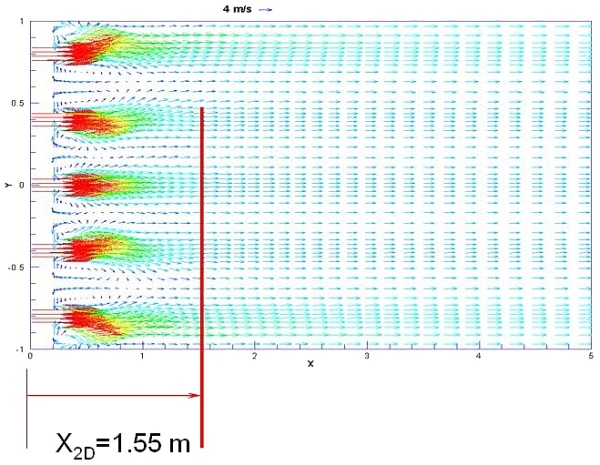